Home About The Area

Port Fairy is a coastal town in south-western Victoria, Australia. It lies on the Princes Highway in the Shire of Moyne, 28 kilometres west of Warrnambool and 290 kilometres west of Melbourne, at the point where the Moyne River enters the Southern Ocean.

In the early 19th century whalers and seal hunters used the coast in this region. The bay was named by the crew of the whaler The Fairy in 1828.

John Griffiths established a whaling station in 1835 and a store was opened in 1839. In 1843, James Atkinson, a Sydney solicitor, purchased land in the town by special survey. He drained the swamps, subdivided and leased the land, and built a harbour on the Moyne River. He named the town 'Belfast' after his hometown in Northern Ireland. The Post Office opened on 1 July 1843[5] as "Port Fairy" but was renamed "Belfast" on 1 January 1854 before reverting to the original name on 20 July 1887.

Agriculture developed in the region, and Belfast became an important transport hub. By 1857 the town had a population of 2,190. In the mid-to-late 19th century, Belfast was one of Australia's largest ports, catering to the whaling industry. In 1887 the town was renamed Port Fairy as a result of an Act of Parliament. A railway was extended to the town in 1890, but closed in 1977. It has been converted into the Port Fairy to Warrnambool Rail Trail.

At the 2006 census, Port Fairy had a population of 2,599. Its main industries are tourism and fishing, and it is the home port for one of Victoria's largest fishing fleets. A pharmaceutical factory owned by GlaxoSmithKline is located on the outskirts of the town.

Port Fairy was voted as one of the world's most livable cities with a population under 20,000 after winning the 2012 International LivCom award. Port Fairy has a rich history and 50 buildings are protected by the National Trust of Australia. Griffiths Island nearby holds a breeding colony of the Short-tailed Shearwater or Australian Muttonbird.

The Port Fairy Folk Festival is held during the Labour Day long weekend in March each year. The festival has run continuously since 1977. The other major celebration in the town is the Moyneyana festival, held over summer from Christmas Eve to 26 January. 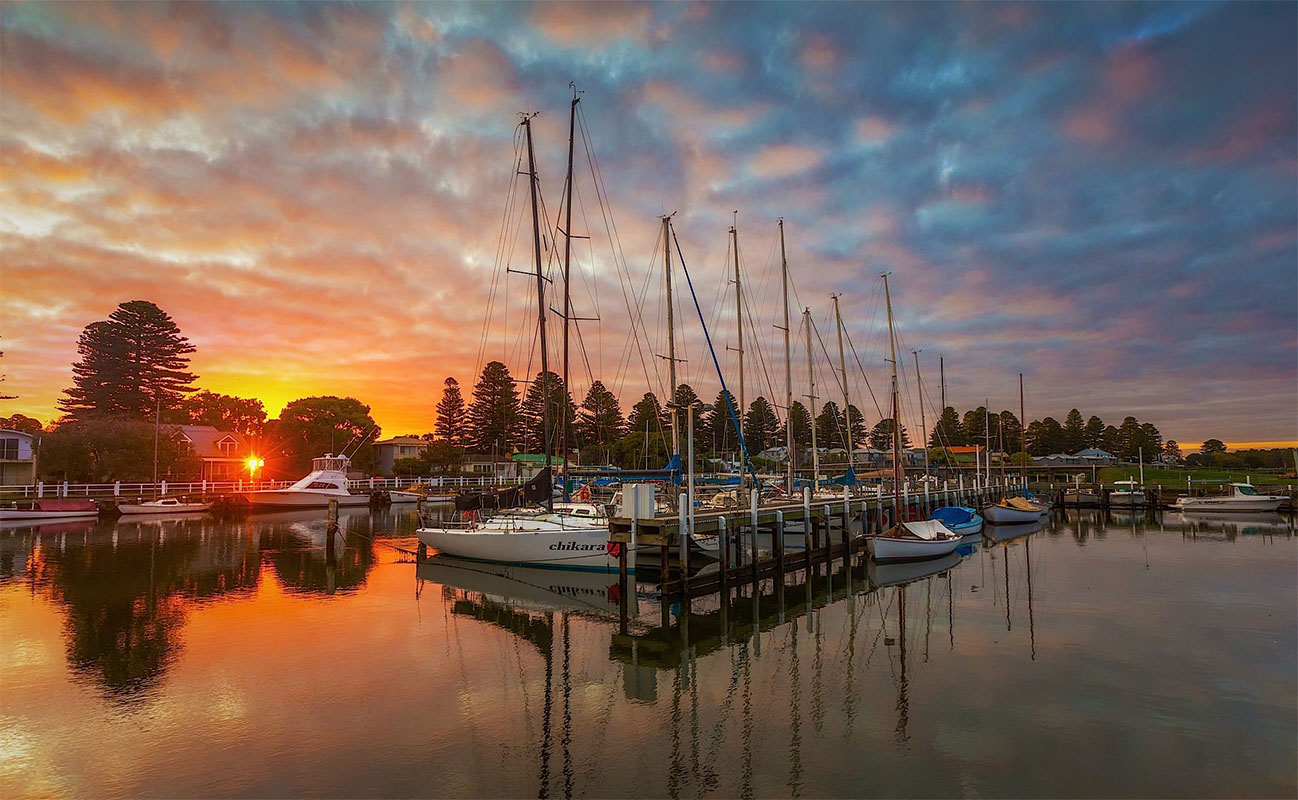